Following on from our last Blog, we now take a closer look at the impact of changes to Scottish Income Tax rates, which come into force on 6 April 2018. With the introduction of new rates of tax on non-savings…

Following on from our last Blog, we now take a closer look at the impact of changes to Scottish Income Tax rates, which come into force on 6 April 2018.

With the introduction of new rates of tax on non-savings and non-dividend income for Scottish tax payers, many of us are now wondering, how will this affect me?

We have compared the Income Tax payable on various levels of income north and south of the border and shown the difference below. 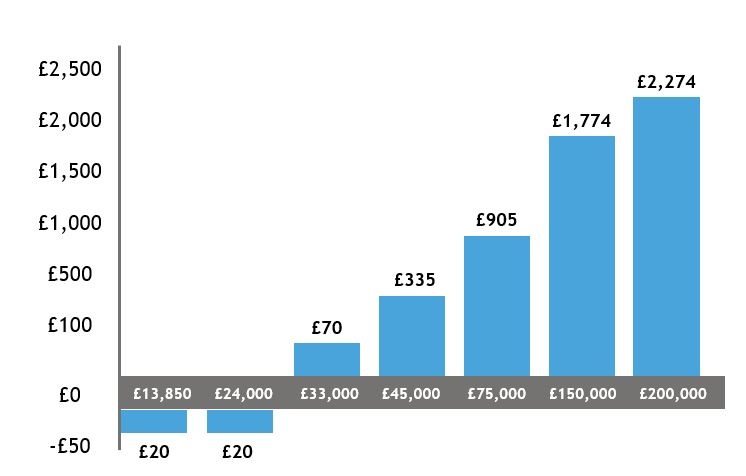 In essence, those earning up to £26,000 per annum will be in the same position or slightly better off that those with the same earnings in England. However, those earning above this figure will see an increasingly higher tax liability than their English counterparts.

The Scottish Government have stated that 55% of Scottish tax payers earn an annual salary of less than £26,000, therefore for the majority the reforms would offer a beneficial or unchanged result. Further, 70% of the 2.5million Scottish taxpayers earn below £33,000, so should see relatively little difference to their tax liability, even when compared with the rest of the UK.

For most, establishing whether you are liable to Scottish Income Tax will be fairly straightforward but for those who split their time between Scotland and England and have homes in both may find their position more complicated.

The reforms aim to generate some £164 million in extra Revenue for the Scottish Government. The cost to government of actually implementing these new changes however is unknown, and expected to be considerable.

There are a number of matters in respect of how Scottish Income Tax will operate in practice which remain unclear, including the impact on pension tax relief, gift aid relief and the interaction of Scottish and UK tax for those with multiple income sources.

Look out for our upcoming blogs as these details become clearer in the New Year.

In the meantime, if you have any queries or concerns regarding the impact of Scottish Income Tax please contact your usual AAB contact or email us at accountants@aab.uk.