As featured in Energy Voice, Anderson Anderson & Brown Corporate Finance (“AABcf”) are delighted to share our quarterly Deals+ update for Q1 2019, highlighting selected Oil & Gas M&A and Fundraising transactions across the UK. Reflecting on Q1 2019 With…

With Brent Crude prices experiencing an uptick in Q1 2019, deal activity within the sector is gradually recovering with a variety of portfolio divestments fuelling acquisition opportunities in the North Sea with continued appetite from Private Equity (PE) players. We expect this level of activity to be sustained into Q2 2019 with the increased number of sanctioned exploration developments announced throughout FY18 commencing in FY19.

Many service providers are still feeling the pinch from underlying margin pressure however there is ‘cautious optimism’ with positive deal-flow continuing from Q4 2018. Notable deals in the space include two acquisitions in the space of a week for Global Energy Group who acquired Apollo Offshore Engineering and Aiken Group. Both deals allow the Group to expand into new markets and add niche service offerings to their portfolio. In addition, James Fisher Plc started the year with two acquisitions of their own, adding Rotherham based Martek and Saudi Arabia based MSMC to further bolster their capability offering.

There continues to be significant M&A activity in the upstream E&P space with a number of ongoing high-profile sales processes. Recent transactions completed during Q1 2019 include RockRose’s acquisition of Marathon Oil’s UK business for £107m and DNO’s hostile takeover of Faroe Petroleum for c.£640m.

From an equity fundraising perspective, a stand out deal was the successful multi-million pound raise for Motive Offshore from EV Private Equity. This was EV’s third deal announced this quarter having injected further funds into Enpro Subsea in January, and supported WellConnection in it’s acquisition of Independent Oilfield Services.  BGF also remained active in Q1 2019 with follow-on investments in both Frontrow Energy Technology Group and SPEX. 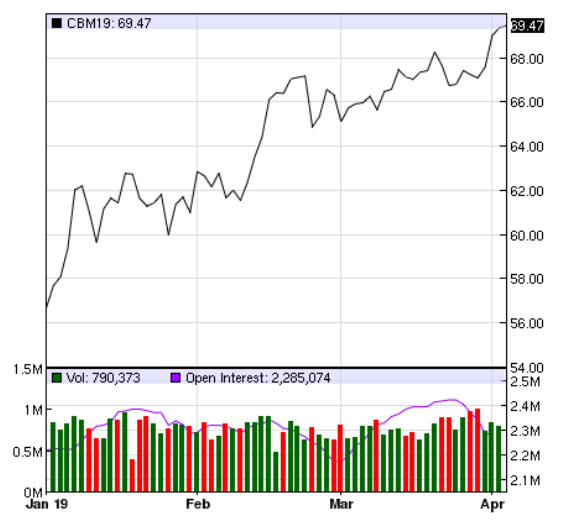