AABIE is our charitable initiative which allows everyone at the AAB Group to invest in the communities in which we operate. We seek partnerships with charities and invite applications for donations, grants, and volunteers.   Glenn Hogg joined the AABIE Trustee... Read more 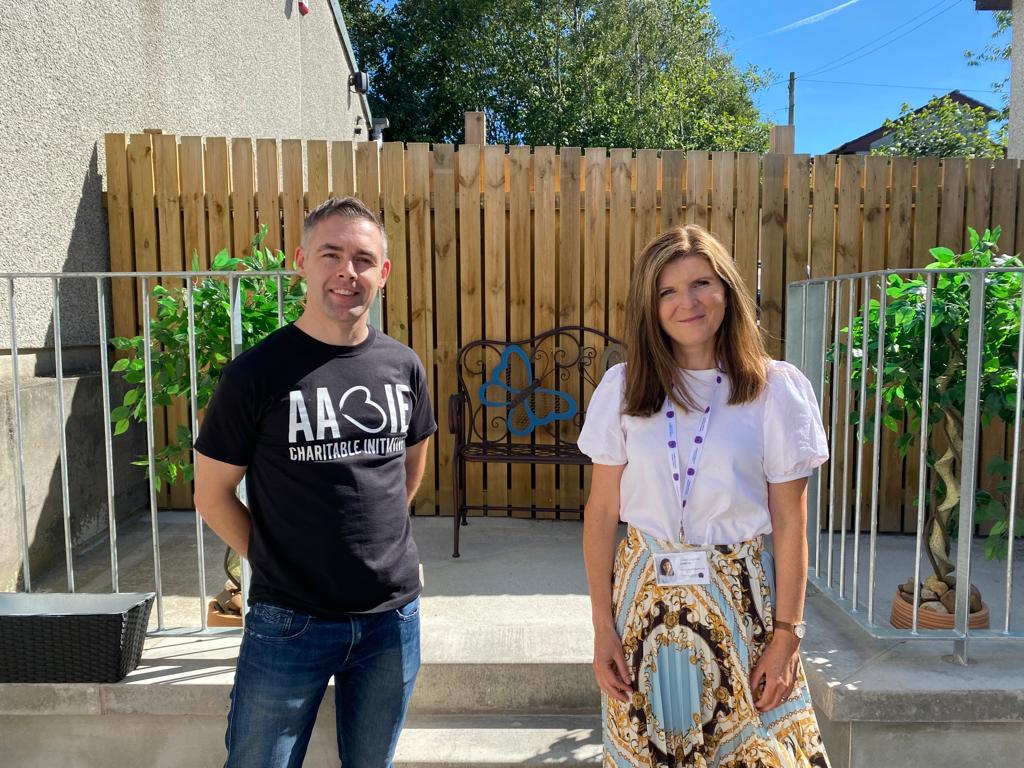 AABIE is our charitable initiative which allows everyone at the AAB Group to invest in the communities in which we operate. We seek partnerships with charities and invite applications for donations, grants, and volunteers.

Glenn Hogg joined the AABIE Trustee board almost a year ago and had previously supported several charitable initiatives over the years, sharing that one of the best parts of being involved is being able to see the impact that the support has made to people in need.

The Moira Anderson Foundation is based in North Lanarkshire, Scotland and was launched in 2000 by Sandra Brown as a legacy to Moira Anderson and her family. The charity is dedicated to supporting people affected by childhood sexual abuse. They have three main aims: to help people heal, to prevent further abuse and to raise awareness of this issue.

Following the charity’s completion of their garden project, Glenn visited the Moira Anderson Foundation at the beginning of august and has shared his thoughts below.

“Whilst AABIE previously supported the foundation in June 2020, donating funds to cover the costs of a playroom to deliver therapy for children, in December 2021, the AABIE Trustees pledged further funds to support their garden project. Whilst there, I was able to see their treatment and consultation rooms which are very welcoming, bright and safe places. We then went to the garden space, and it was great to see the impact of the AABIE funding that covered the cost of items such as seating and table sets, shrubs, compost, paint, a potting bench and a wheelbarrow.

Going into the kid’s area, Gillian Urquhart, Director of the Foundation mentioned their youngest client was two years old. This struck me hard given I have two boys, three and one. The reality of why someone might be there was a difficult thing to grasp.” – Glenn Hogg

Director at Moira Anderson Foundation, Gillian Urquhart added “We are very grateful to AABi for the much-needed funding. Our clients are getting so much pleasure from our enhanced outdoor spaces, we wouldn’t have been able to offer this without your support.”

Find out more about the Moira Anderson Foundation and how you can help here.

If you would like to donate to AABIE so that we can continue to support more charities in need, you can do so here.  Alternatively, if you are a charity in need of support, whether in the form of funding, donations or volunteering, you can apply to our next grant round here.