AAB, the tech enabled business critical services group, saw one of their most successful years of dealmaking in 2021, being named as the top dealmakers in Scotland for a 16th consecutive year. This fantastic recognition, as the accountants having completed... Read more 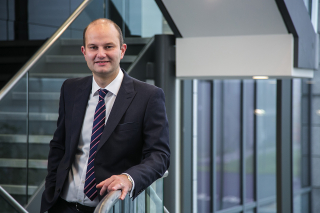 AAB, the tech enabled business critical services group, saw one of their most successful years of dealmaking in 2021, being named as the top dealmakers in Scotland for a 16th consecutive year.

This fantastic recognition, as the accountants having completed the most deals in Scotland by the Scottish Business Insider, is one that AAB has now held from 2005 to 2021. In the latest figures released, the Scottish Business Insider recognised that AAB had successfully completed 56 deals in 2021, an impressive 70% more than any other accountancy firm during the same time period.

M&A highlights for AAB’s corporate finance team in 2021 included supporting Donaldson Group with its acquisitions of both Stewart Milne Timber Systems and Kitchens International, Waldorf Energy’s £330 million acquisition of Cairn Energy’s interests in the Catcher and Kraken’s fields in the North Sea, the sales of Drivercheck to Ebbon-Dacs, Suretec to Telcoswitch and C-SAM to Jonas Software and the investments in isol8 by BGF, Forev by Scottish National Investment Bank and Intebloc by Stena Drilling.

Commenting on the team’s achievements, Douglas Martin, Head of AAB Corporate Finance, said “Securing the position of top accounting dealmakers for 16 consecutive years is a great achievement, and I am incredibly proud of our team. The deal making landscape has seen constantly evolving in recent years but our team have shown tremendous drive, initiative, and ability to initiate and execute deals for our clients.

We are also very grateful to our clients for continuing to put their trust in us to deliver transactions on their behalf, and to our referrers of business, who continue to be excellent supporters of the work that we do for our clients.

AAB has seen significant growth in the last year as we expand into new locations and markets, so we’re really excited about the opportunities that lie ahead, including working closely with our new corporate finance colleagues at FPM in Ireland.

We have had a great first half of 2022, with a number of significant deals announced including the investment in Subsea Technology & Rentals (STR) by Baird Capital, Inverleith LLP’s majority acquisition of Eden Mill and Seafood Connection’s acquisition of Northcoast Seafoods, and we look forward to a busy second half of 2022 on the back of a very strong deals pipeline.”