Q&A with Gordon Steele: From graduate trainee to Partner in the Corporate Finance team

Gordon, who joined AAB 20 years ago as a graduate trainee, tells us about what his role as Head of Deals entails, what lead him to specialise in Corporate Finance and his thoughts on the changes since joining the firm. 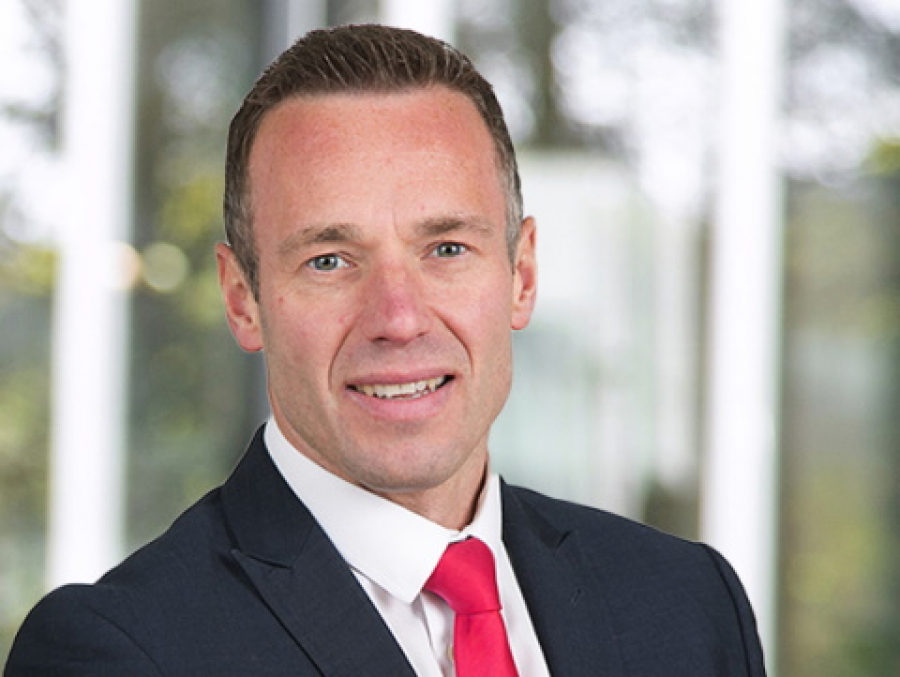 Gordon Steele joined AAB over 20 years ago as a graduate trainee, working his way up to becoming a Partner in our Corporate Finance team seven years ago. His experience, expertise and knowledge have played a key part in the growth and success of the team over the years.

Gordon has extensive experience in all areas of corporate finance including Financial Due Diligence, Valuations, M&A Advisory, Fundraising, Disposals and Litigation Support. He became Head of Transaction Support in 2011 and Head of Litigation Support in 2014, both of which have naturally progressed to Head of Deals for AAB in Aberdeen. This is a new role for the firm as the team continues to grow, so we caught up with Gordon to get some insight into what’s involved.

You’ve recently been appointed to Head of Deals for AAB in Aberdeen, what does this role entail?

It’s a recognition that the team is growing as I am just one piece of the puzzle working with Head of Deals in the Central Belt (Lyn Calder) and Head of Deal Origination (Callum Gray) to guide the wider team.

The role will see me taking the valuable connections and relationships in the North East, whether its investors, acquirers, businesses considering a sale or clients looking at strategic transactions, and creating deals which add value to the parties involved but also drive the success of the overall team.

With the business headquartered in Aberdeen, clearly a large amount of deal activity is initiated and executed in the North East, however in recent years the transactions I have been fortunate to advise on have been UK wide and sometimes international.  Although we are a Scottish team, we’ve been completing deals in a wide range of sectors across the UK and beyond despite our locations.

What made you pursue a career in accountancy and why did you decide to specialise in Corporate Finance?

In the early days when I was figuring out what I wanted my career to be, I was more interested in the commercial aspects of businesses and what made them tick rather than the numbers side of things, so this lends itself well to Corporate Finance advisory work.

I joined AAB in 1999 and trained in the Audit department. However, as early as 2001 I began supporting clients with their Corporate Finance needs and joined the team full-time in 2004 following the official launch of the division in 2002. Looking back, it was perfect timing and I feel really fortunate that I was there for the early days of the team and had such valuable exposure to the variety of clients and projects that would go on to shape what is now such an established team.

In your opinion what makes an expert in Corporate Finance?

I’d say to succeed in the Corporate Finance world you have to always give clear, honest and opinion driven advice. To help your clients succeed, it’s not enough to articulate the options available to them; you need to build that relationship, find out what matters to them and their goals, and take the time to do your research and advise them on what you truly believe is right for them and their business.

Of course, to be able to do this you need to build those strong relationships, not just with clients but with intermediaries and the wider business community. We’re lucky to have experience in a diverse range of sectors, however it takes time to build those relationships and reputation alongside actively deal making to maintain this position. To win awards such as Top Dealmakers is down to our team having a vested interest in their career, genuine care for getting the best results for our clients and having loyal and successful clients.

If you had to pick one, what Deal would you say has been one of the stand out deals of your career to date?

The stand-out in my career is not a single deal as such, but a memorable series of transactions and an ongoing client relationship. In 2002, we assisted a businesswoman with the management buy-out of a company she ran and since then our firm has maintained a close working relationship with her, including helping her sell the business in 2008.  We then advised her and business partner on buying another business in 2011, which has gone from strength to strength and we continue to work with them today. It’s a great example of what our firm strives for by advising clients through the whole business life cycle, building that relationship and trust over the years.

What has changed in the corporate finance team at AAB since you joined the firm?

Given that I joined the team in the early days the most obvious change for me has been the growth of the actual team. This nurturing of talent has allowed us to increase our number of specialist service areas and solidify our strong reputation across Scotland and the rest of the UK.

When the team began, we quickly established a very positive reputation and market presence, so it has just been really exciting to see this continue to develop as we work with clients who, when the team was founded, were up there on the aspirational client list, for example Harbro, Global Energy Group, James Donaldson & Sons to name but a few.

Alongside this, seeing the reach of our own business extend from local deals to national and international transactions has also been heartening.

In addition to new and changing roles within the leadership team at AAB, what else has been happening internally at the firm?

Even during the most challenging times of 2020, we (the Partners) knew we couldn’t completely abandon our growth plans. Our main priorities were making sure we were continuing to create meaningful careers for the talented people we have within the business and to make sure our clients were still receiving the same high level of service.

These last few years have been especially exciting for the leadership team. We are continuing to establish our teams in Edinburgh and London and it has been really interesting to see the new opportunities coming from these areas, the new communities we are working with and the new skillsets and networks we now have access to as our workforce continues to grow.

What is the best advice you’ve ever been given and what advice would you give to the next generation of business leaders?

When I was in school I was told ‘life is like a piggy bank, you only get out what you put in’. It’s a simple concept but one I’ve lived by; if you want something you can’t be afraid to work for it.  Success and enjoyment are typically only achieved by putting in the effort.

In terms of advice for the next generation I would encourage them to nurture the professional relationships they have with their peers as today’s apprentices, graduates and trainees will be the entrepreneurs and leaders of the future so strong relationships will open doors for opportunities.

By Gordon Steele, Partner and Head of Deals – Aberdeen